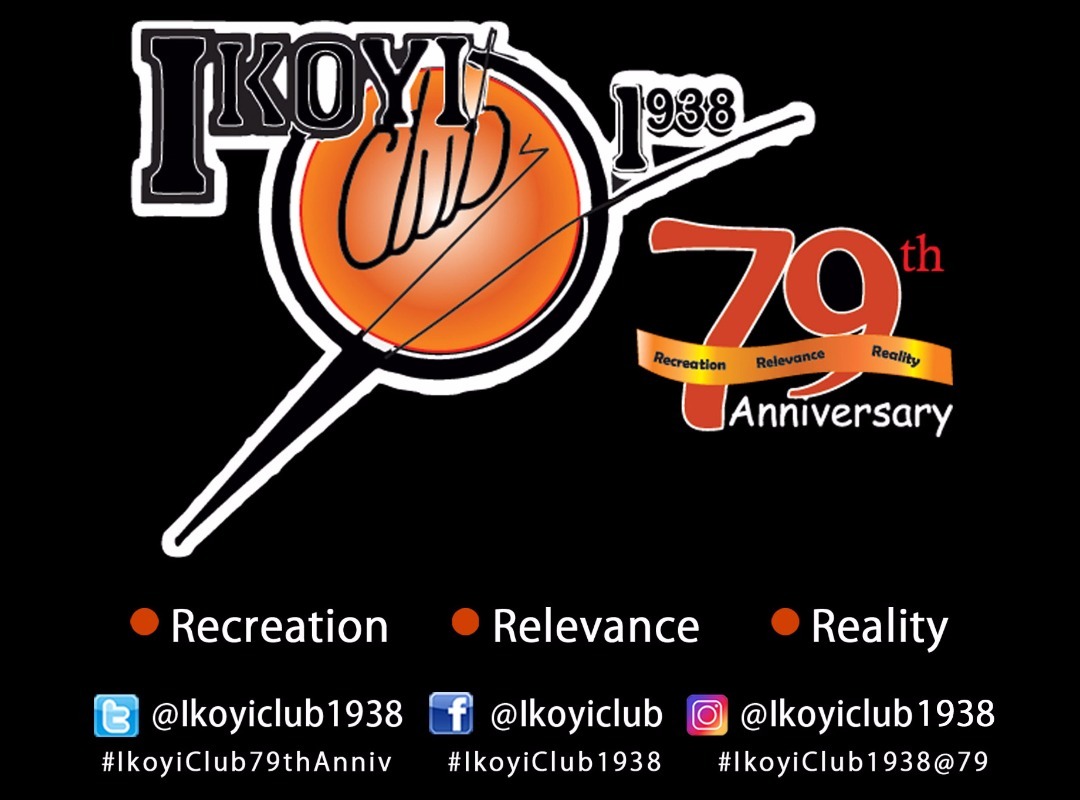 The fun and excitement in the air was palpable enough. Complementing the luxuriously decorated venue was an array of smartly dressed pretty ladies who ushered in members to the grand finale. Add that to the free flow of assorted wines, the array of sumptuous delicacies on offer and the very melodious beats supplied by the well-regarded Shuga Band, what you had was a memorable night. It was a worthy climax befitting of the eventful weeklong celebration of Ikoyi Club at 79. Dr Adekunle Wright, Club Vice Chairman, who also doubled as the Chairman of the Anniversary Committee, could not have put it better when he said it is a thing of joy to witness the growth of Ikoyi Club at 79. Indeed, this must have inspired several members of the Club, as they impressively partook in the various events lined up for this year’s anniversary of the Club that has, beyond serving as a world-class recreational haven, become a home away from home for many. The week-long anniversary kicked off on Monday, September 25, with a Press Briefing by the Chairman of the Club and other General Committee members. This was followed by the captivating five days exhibition, which provided opportunities for organisations in banking, telecommunications, agriculture, fast moving consumer goods and entertainment industries to showcase their products and services. Of course, each day saw members feted to a cocktail of drinks and delicious small chops, accompanied by light music from the dexterous pianists and saxophonists who entertained members. Held at the Rotunda, between from 5pm to 7pm each day, the cocktail provided members another opportunity to bond and discuss various issues of interests. The Elders Day held on the third day. The elders were lavishly treated to sumptuous meals, wines and lovely souvenirs in a convivial atmosphere back-grounded by nice tunes. It was indeed a most riveting time that would not be forgotten in a hurry. The fourth day, a Thursday, played host to a well-attended Anniversary Lecture, themed Nigeria’s Economic Diversification, The Role of Agriculture for Sustainable Wealth Creation. The event created a unique platform for members to interrogate the much-touted diversification agenda of the nation’s political leadership. On hand to deliver the lecture was the Honorable Minister for Agriculture, Dr Audu Ogbeh. The event was chaired by an illustrious member of the Club, Alhaji Aliko Dangote (GCON), who was ably represented by Engr. J.O Makoju. Aside the exhibition wholly dedicated to FMCG /Entertainment, fifth day hosted the Pub Night/Turn Up at the Main Bar. It turned out a unique outing. The venue was not only exquisitely decorated; the dancers too gave a good account of themselves with the highly energetic and certainly most entertaining performances. The Family Fun-day/Bazaar, the last event of the anniversary certainly lived up to expectation. The children surely had a nice time as there were a lot to eat and drink, with many toys available to play with. In all, the 79 th Anniversary ended on a good note. However, there is every reason to expect that the 80 th anniversary will be bigger. Hear the words of the Chairman: “It is worth noting that this year, as we celebrate our 79 th Anniversary; we are already looking forward to celebrating our 80 th Anniversary in 2018. This is no mean feat for an institution to continue to go from strength to strength for 80 years as our great club is on track to do”.

KEEPING IN TOUCH WITH OUR ...